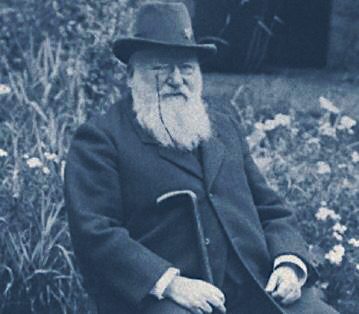 Who is Pietro Blaserna, the creator and first director of the Institute of Physics on Via Panisperna in Rome?

Shortly after the Unification of Italy, the goal of the new government was to reorganize universities and research institutes so that they could be competitive with those of the most advanced European states. The time had come for the newborn Italian State to modernize and look to the future, focusing on education and research. In those years, important experimental laboratories were being set up in the largest European capitals and the link between research and industrial development was becoming increasingly evident.

It was in this context that the Italian government took the initiative to create a stronger university structure and to provide it with laboratories that would allow it to conduct scientific research in competition with European competitors. The change dictated by the government was sudden: illustrious Italian scholars of international standing were called to preside over some key roles in the development of national research.

From Stanislao Cannizzaro to Quintino Sella, up to Pietro Blaserna: the government of the newborn Italian State had decided to rely on them for the rebirth of Italian academic life. In particular, Blaserna was chosen to lead the nascent Institute of Physics at the University of Rome and to replace Professor Paolo Valpolicelli, now perceived as a man of the “old regime”.

Blaserna, originally from Gorizia, had studied abroad in Vienna and Paris; in 1862 he returned to Italy, teaching first in Florence and then in Palermo, where he directed the new Physics Department and held the chair of Experimental Physics. It was in 1872 that the Minister of Education, Antonio Sciajola, called him to teach experimental physics at the University of Rome, but above all to serve as director of the future Institute of Physics, which for decades represented an extraordinary place of research for Italian physics.

From that moment on, his entire career was devoted to the construction and development of the Institute itself: he personally contributed to the choice of locating the new laboratory near the Viminale hill, in Via Panisperna; he also personally presided over the design of the building itself. In 1881 the Institute was finally operational, with Blaserna as director.

Not only a scientist and a leader of research policy, Blaserna held important institutional roles: Senator of the Kingdom of Italy from 1890 and Vice-President of the Senate from 1906 until his death, in 1904 he was elected President of the Royal Academy of the Lincei.

A unique personality, a true “gentleman physicist”, loved and respected by colleagues and students, both Italian and foreign, inserted in the social and aristocratic circles of the capital, with a great passion: science.

He died a bachelor in 1918; his two St. Bernard dogs – a gift from Queen Margherita – were entrusted to the Institute of Physics in Via Panisperna: a true “house of physics”, which was able, over time, to produce two generations of extraordinary physicists.

At his commemoration, Orso Mario Corbino, who would have replaced him as director of the Institute, remembered him as follows: “few men were able to create around him an atmosphere of sympathy and affectionate respect comparable to that which surrounded Pietro Blaserna during his long life. He had no enemies, despite having reached the highest positions in academic life and in the category of famous men. His open, jovial, exquisitely gentlemanly character, his temperament considerate of merits, generous and benevolent in judging faults; and above all his mirror-like honesty, and absolute correctness in the exercise of the highest and most delicate functions should necessarily recommend to him the most respectful devotion even from those who, rich in merits not inferior to his, had not met with as much fortune in their careers.”