At the end of 2019, the “Enrico Fermi” Historical Museum of Physics and Study and Research Center finally came into possession of the historic monumental complex in via Panisperna, completely restored, as the definitive seat for its activities. The complex, inaugurated in 1881, was entirely designed by the physicist from Gorizia Pietro Blaserna (1836–1918), who also supervised its entire construction, to house the Royal Institute of Physics.

Professor Blaserna was called to Rome in 1872 as Chair of Experimental Physics and Director of the future Institute of Physics, as part of a larger science-centric project for a ‘Rome capital’ advocated by Quintino Sella. Upon his arrival, Blaserna dedicated himself to the creation of an institute based, one hand, on the centrality to scientific education of the laboratory and experimentation, and, on the other, to openness and attention to the programs and progress of international science. Thanks to these peculiarities, the institute became a real ‘creative environment’ and, for decades, represented an indispensable point of reference for the most advanced physics research in Italy.

Starting in 1918, the year of Blaserna’s death, it was Orso Mario Corbino who directed the institute: He too was a great organizer of research policy, who in 1926 managed to establish the first chair of theoretical physics in Italy, which was offered to the young Enrico Fermi.

It was in this very place that Fermi organized and prepared the conditions that led to the birth of that group of young scholars who in the 1930s became famous as the “boys of Via Panisperna”. Here, under his scientific guidance, during an exceptional period for Italian science, the first experiments on the phenomenon of radioactivity induced by neutrons began that was fundamental research for the understanding of the structure of the atomic nucleus. Fermi’s success was crowned with the 1938 Nobel Prize in Physics to Fermi.

By virtue of its ‘double soul’ as a research center and museum, the “Enrico Fermi” Historical Museum of Physics and Research and Study Center is intensely dedicated to the dissemination and promotion of scientific culture, with a level of attention and commitment that make it a unique entity in Italy.

Its mission is therefore also to preserve and disseminate the memory of the life and work of Enrico Fermi in Italy and around the world and to promote its wide dissemination and communication. In particular, this is made possible thanks to the creation of the historical museum of physics ‘The scientific legacy of Enrico Fermi’.

Starting in 2013, a working group was established, composed of physicists and historians of physics, with the task of defining the scientific contents of the future museum based in the monumental complex of via Panisperna.

A path for visitors was established that, through ten significant “stages”, retraces Fermi’s life and scientific discoveries, from Rome to America: Visitors can immerse themselves in this engaging and exciting ‘adventure’ by encountering a combination of objects displayed in an innovative way and traditional informative panels with modern multimedia technologies, from graphic displays to interactive panels, from touch screens to holographic ones. The goal is for visitors to be engaged and inspired regardless of their specific scientific knowledge.

To evaluate the effectiveness of the solutions chosen, a temporary exhibition entitled “Enrico Fermi —a Creative Balance between Theories and Experiments” was set up in 2015, inaugurated as part of the Genoa Science Festival. With minor changes and the title “Enrico Fermi—a double Genius between Theories and Experiments”, the exhibition was then opened from 10 February to 22 May 2016 in Bologna, at the former church of San Mattia with the support of the Polo Museale of the Emilian city. Both exhibitions were a great success with the public, with about 15,000 visitors each, including children from many schools, from elementary to high school.

Today, in its final location within the historical complex of via Panisperna, the exhibition has become a permanent historical museum of physics, housed on the ground floor of the building, where the greatness of Fermi, his extraordinary stature as a master and giant of 20th-century physics, his formidable scientific achievements—in all cases the result of an exceptional creative mind ‘in balance’ between theories and experiments—are effectively illustrated in the course entitled: the scientific legacy of Enrico Fermi.

This path in the new headquarters is enriched by his own home: In fact, the wonderful internal courtyard is an integral part of it, in the center of which stands the famous fountain called the ‘goldfish’ (historic site of the European Physical Society since 2012); the entrance stairway, immortalized in 1931 on the occasion of the First Congress of Nuclear Physics attended by the most famous theoretical physicists of the time; up to the wide corridors with vaulted ceilings on the first floor, along which Fermi and his collaborators ran, when they were conducting the famous experiments on neutron-induced radioactivity.

The museum also houses original instruments of the Royal Institute of Physics, some of which were personally used by Fermi and his collaborators; unpublished and first-hand documents; historical relics (the tailcoat worn in Stockholm in 1938 on the occasion of the Nobel Prize ceremony); works of art including two busts by the sculptor Ducrot portraying Enrico Fermi and Ettore Majorana.

The Museum was presented to the public on 28 October 2019 and is now open, by appointment, two days a week. During the opening period, the museum was visited by a large audience, including a large turnout of secondary school students. 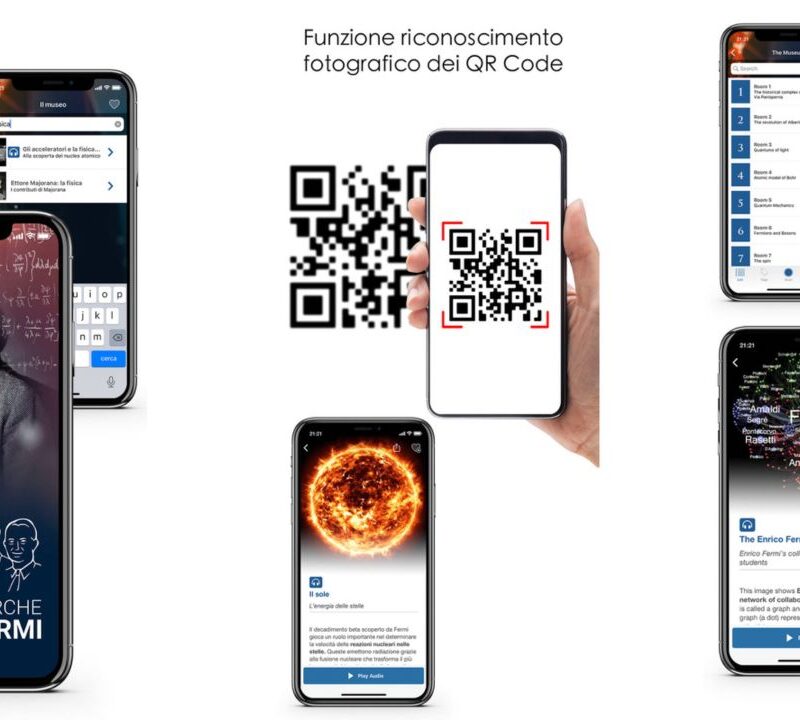 CREF’s Historical Museum of Physics app is available for iOS and Android . 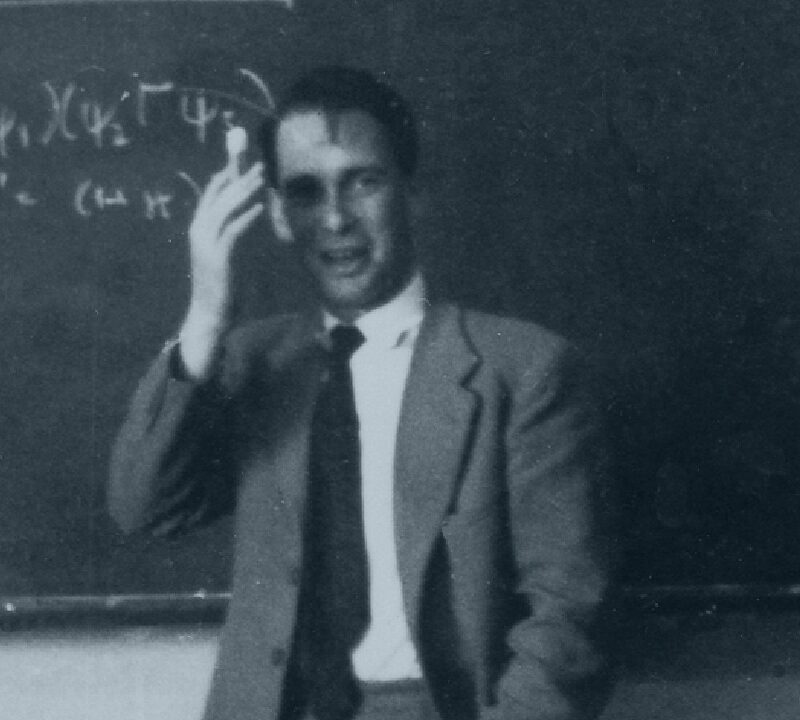 Bruno Touschek, probably one of the most brilliant minds our country has ever hosted 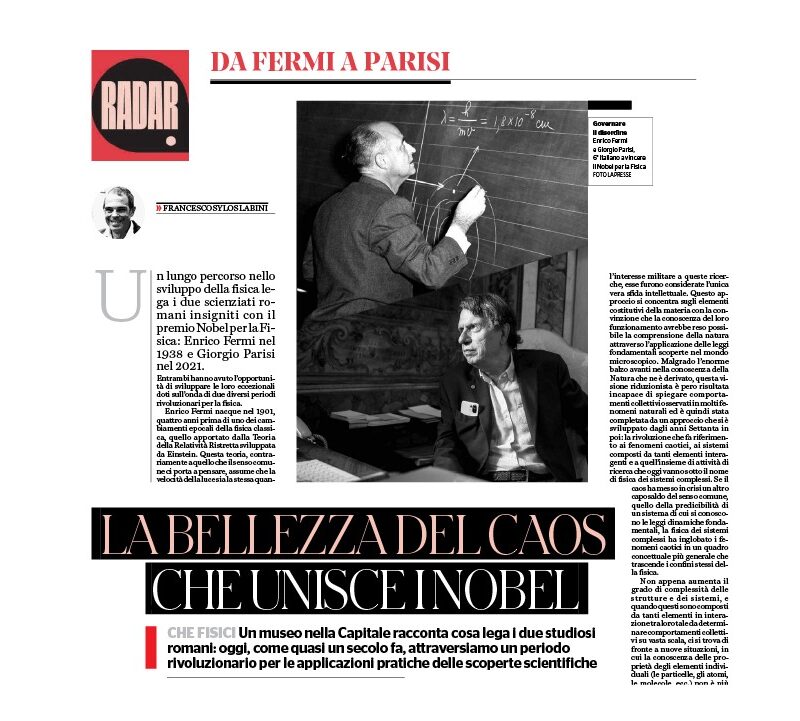 From nuclear physics to the physics of complexity, from Fermi to Parisi: the journey through the CREF Museum 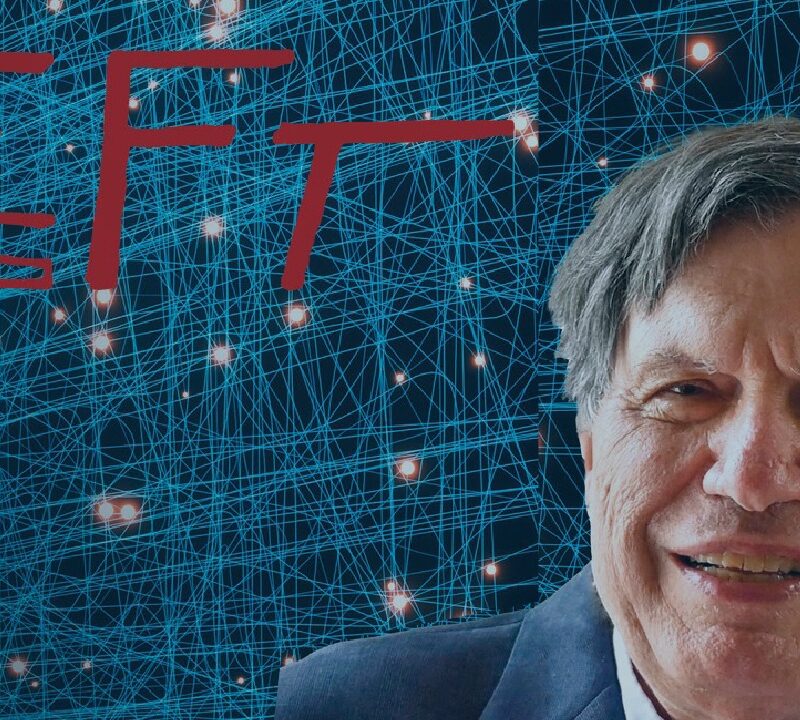