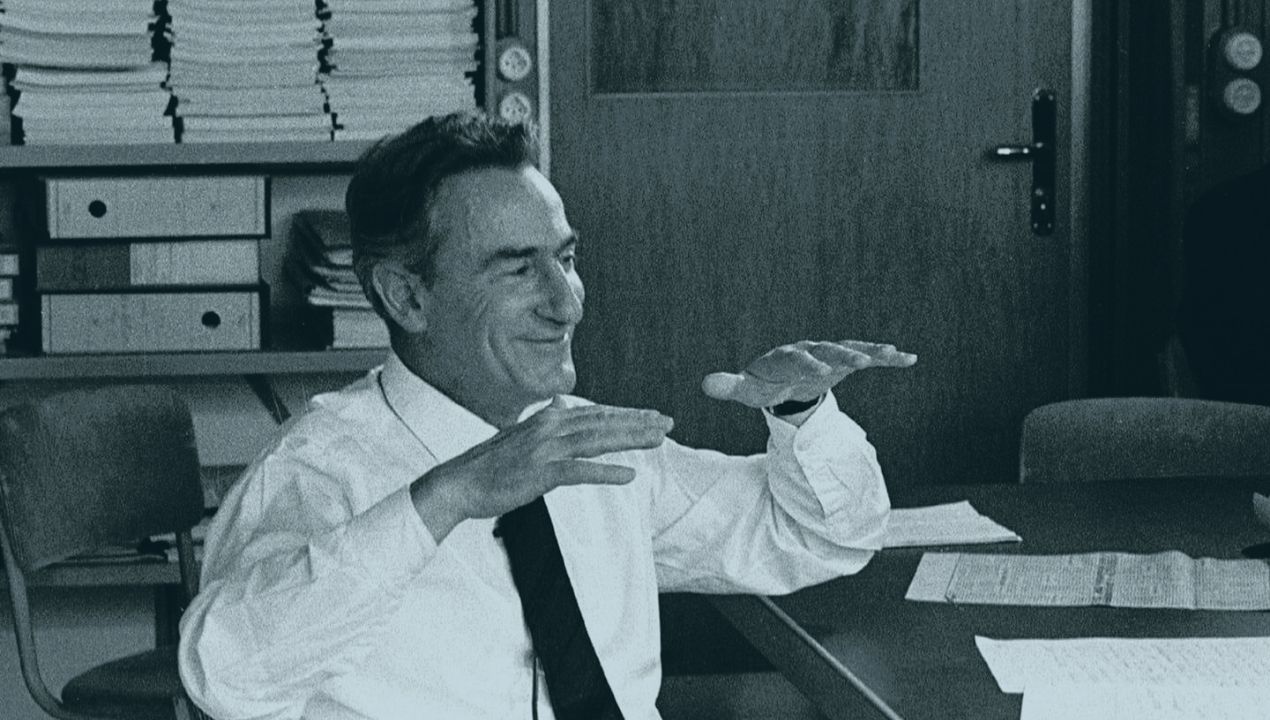 That strange meeting between Leon Max Lederman and Gilberto Bernardini

A story written by Scientific Stories for the Research Center.

In 1946, Leon Max Lederman was a young doctoral student at Columbia University who felt the weight of having spent three years in the U.S. Army during World War II. According to him, Lederman had forgotten even the simplest of equations, lost his method of study, and, most importantly, lost the joy of learning that had accompanied him during his college studies.

Assigned a job at the Pupin Physics Laboratories (home of Columbia’s physics department), he was tasked with performing a series of experiments with a fog chamber. The results, however, were slow in coming.

One day, returning to the laboratory, he found a janitor who was washing the floor, while he was singing an aria from an opera. As soon as he entered, the custodian shouted something in Italian and hinted at a handshake. Lederman said, “All right, but be careful. The wires carry current and your mop might produce a short circuit,” and he took off down the hallway. Outside the lab he met the director of the department, and Lederman informed him that the new custodian didn’t seem very bright.

“New?-the director replied-do you mean the guy who is inside the lab? He is not the dumb janitor, he is Gilberto Bernardini, an Italian physicist, and he is a world-renowned expert on cosmic rays. I invited him to spend a year here to help you with your research.”

It hadn’t started off on the right foot, but it continued much better. Bernardini guided Lederman to solve his problems, but more importantly, he rediscovered his love of physics and the simple yet elegant pursuit of the laws of nature.

“Science has always been and will continue to be a mixture of 96 percent frustration and (if lucky) 4 percent exultation. But having a Bernardini to reignite your sense of wonder certainly helps.”