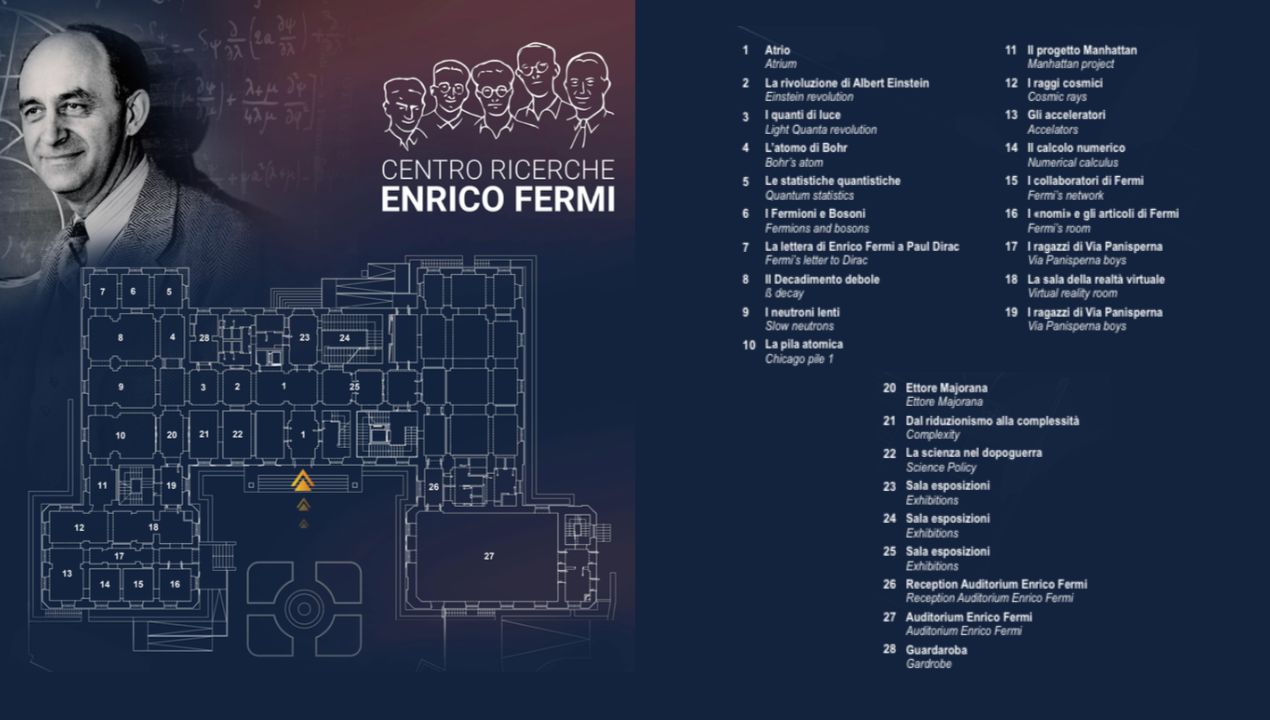 We have chosen to present the new plan of the CREF Museum on the occasion of Enrico Fermi’s 120th birthday!
A gift that the CREF management offers to the illustrious scientist and to all physics lovers.

It was September 29, 1901 when Enrico Fermi was born to his father Alberto and mother Ida. A little more than 25 years later, the young physicist had become a professor at the University of Rome and also a point of reference for Italian scientific research within the Royal Institute of Physics, where he led the historical group of the boys from Via Panisperna.

From the Roman discoveries to the glorious experiments in Chicago, until his death, which took him prematurely in 1954. Inside the Museum you can retrace the history of physics of that time and the life of Enrico Fermi, linked to that of his closest collaborators.