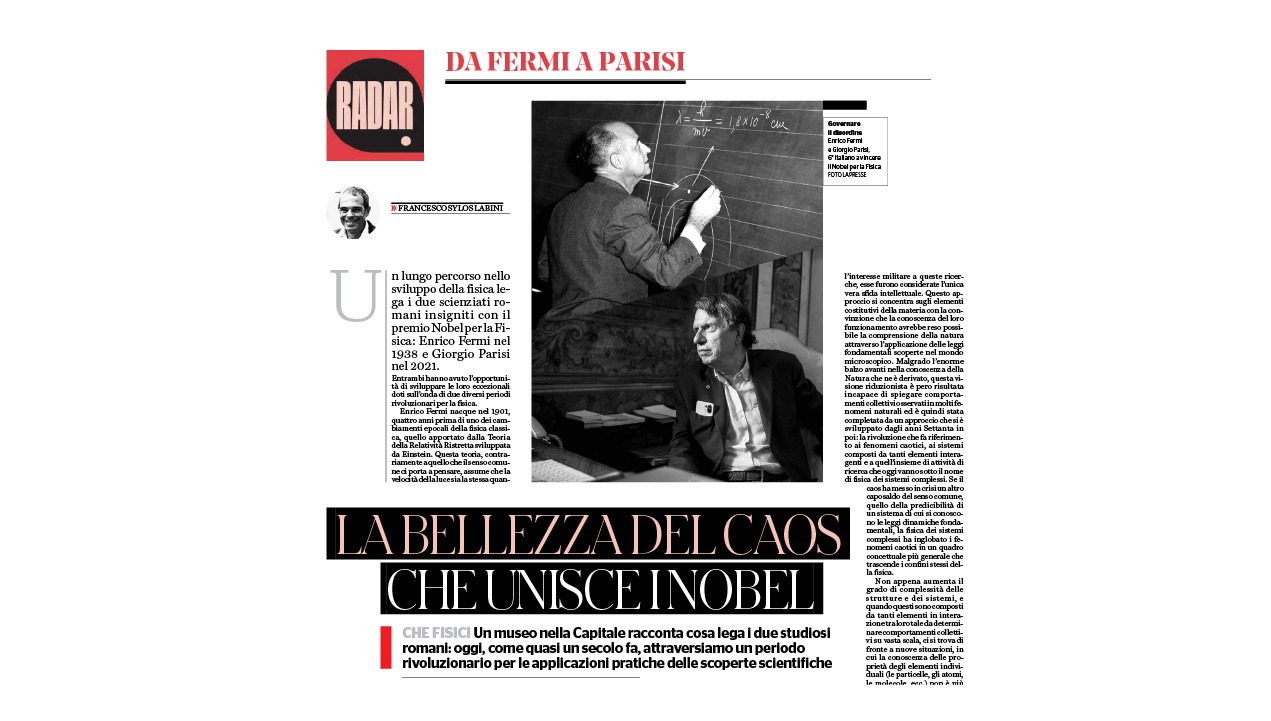 From nuclear physics to the physics of complexity, from Fermi to Parisi: the journey through the CREF Museum

A few weeks ago Francesco Sylos Labini published on “Il Fatto Quotidiano” an article to present the Museum of the Enrico Fermi Research Center, now close to the opening. Sylos Labini, director of the Museum, presented the structure through the history of physics of the twentieth century, which is reconstructed within the museum’s itinerary: from relativity to quantum, passing through nuclear physics and elementary particles, observing the work of Enrico Fermi and of the historical group of the Ragazzi di Via Panisperna.

Retracing the steps of the Physics of the Twentieth Century, the Museum also arrives at the turning point in the scientific approach that saw the expansion of the reductionist perspective through the physics of complexity.
“It is precisely in this area that the work of Giorgio Parisi, who also made important contributions in the field of elementary particles, quantum chromodynamics, and who received the Nobel Prize for “innovative contributions to our understanding of complex physical systems,” fits. Neural networks in neuroscience, the collective behavior of flocks of birds, and the folding of proteins are examples of complex systems to which Parisi has made seminal contributions. Parisi’s work is part of a fervent activity developed since the seventies in several academies around the world, among which the Physics Department of the Sapienza University of Rome has played a central role, where many distinguished colleagues and collaborators have worked and others still carry out their activities”, writes Sylos Labini.

The same CREF carries out research projects focused on the Physics of Complexity.

It is in this way that the Museum creates an imaginary line, parallel to that of twentieth century physics, connecting the two Roman Nobel Laureates.