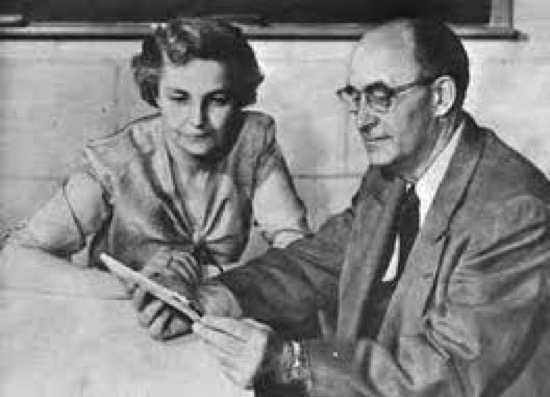 Enrico Fermi, after the awarding of the Nobel Prize, fled to the United States because of the fascist regime

In July 1938 the anti-Semitic campaign in Italy began. The fascist regime, after the publication of the manifesto of race, in September had announced the institution of racial laws. For Enrico Fermi it became impossible to continue living in Italy. On one hand for the health of his family, his wife, Laura Capon was of Jewish origin, on the other hand for the obstacles that, repeatedly, were presented to his work in recent times.

More or less at the same time Corbino and Marconi had died, Fermi had thus entered into a sort of scientific isolation encouraged by the regime. Some time earlier Enrico Fermi had been hosted in the Berkley laboratories and was fascinated by the equipment available to scientists. He envied the freedom in which scientific projects were carried out.

When on November 10 came the news that at the age of only 37 years he would receive the Nobel Prize, Enrico Fermi decided that after the ceremony in Stockholm he would not return to Italy. Unfortunately, the days of the boys from via Panisperna were over, war was imminent and Mussolini was going along with Hitler’s madness. So, to avoid endangering his family and throwing away his research, Fermi decided to flee to America.

At the award ceremony, held in Stockholm on December 2, 1938, Enrico went with his wife and children. He received the prize wearing a simple tailcoat and not the uniform required by the regime. He did not even make the Fascist salute, as, however, was imposed on Italian citizens. This was his rebellion against a political power that had forced him to abandon Rome, his city.

After the ceremony Fermi went to Copenhagen to meet Bohr. He stayed there a few weeks, then he embarked on an ocean liner bound for New York, where he settled at first in order to collaborate with Columbia University.