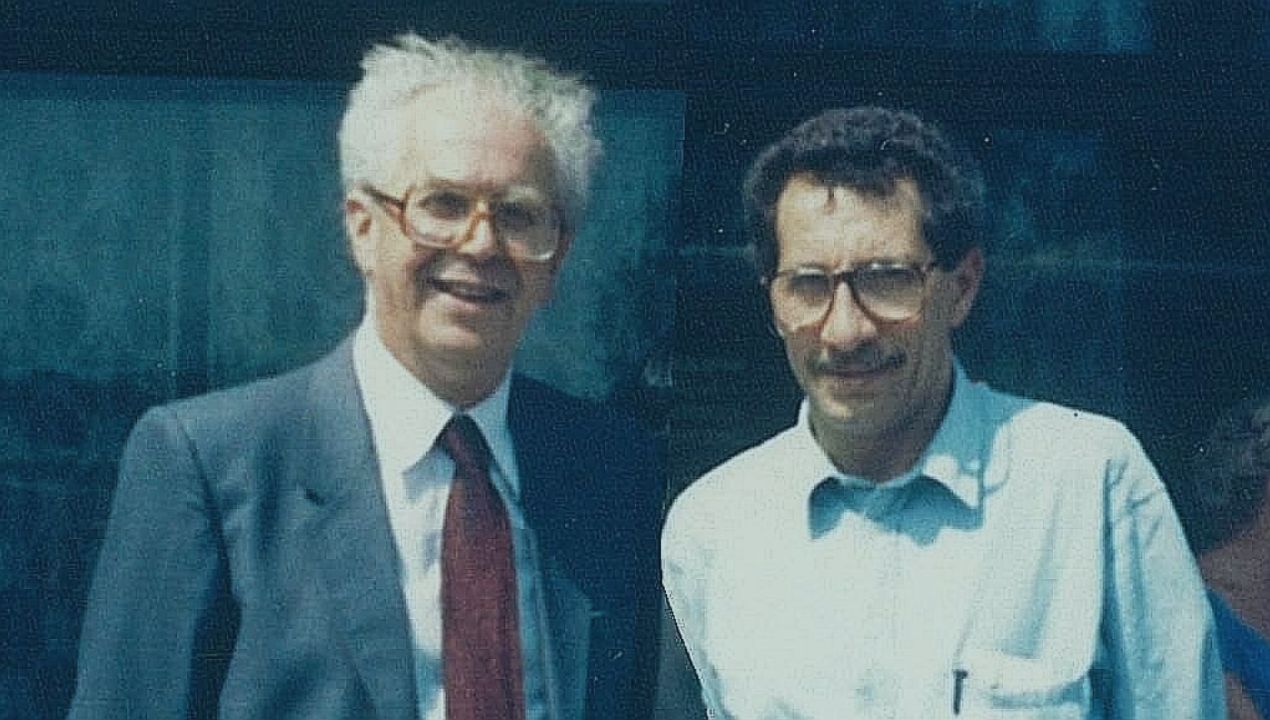 Carlo Bernardini, an “ordinary physicist” but so important for Italian science

A story written by Scientific Stories for CREF.

“Today, when by now what little I could do I have done, and I am going to the general conclusion, I have a past to tell, and this is the past of an ordinary physicist, who many may judge mediocre, or at any rate not brilliant, as there are so many. Yet, we have some right to make history, in the sense that, especially living in a world that adores geniuses as it used to do with demigods, ordinary mortals are sometimes aware of their limits and, therefore, need consolation. Physics progresses with the glow of great ideas, but also with the multitude of small flames of ideas, which do not give fame but brighten the landscape”.

So wrote Carlo Bernardini, one of the protagonists of the revival of Italian physics in the ’50s and ’60s of the twentieth century.

Bernardini was born in Lecce in 1930, he finished high school two years early and chose to follow the path of physics, at that time not too popular. He arrived in Rome in 1947, he was a young boy of seventeen years and was immediately struck by the physics lessons held by Gilberto Bernardini. Later he moved to the Institute of Physics where Edoardo Amaldi was present, but his thesis advisor became Bruno Ferretti.

The birth of the National Institute of Nuclear Physics (INFN) in August 1951 aroused the interest of the Italian scientific scene towards accelerating machines. It was necessary to create a group of young physicists, first in their class, led by Giorgio Salvini for the realization of the electrosynchrotron, an enterprise that went hand in hand with the creation of a National Laboratory in Frascati. Bernardini, who graduated in 1952, was one of those young men who became part of the project.

When the construction of the accelerator machine was finished (1959), “a prophet sent by God” entered the scene, the Austrian physicist Bruno Touschek, who had already arrived in Rome in 1952 at the behest of Amaldi. Bernardini was immediately fascinated by the figure of Touschek, who was “the opposite of the stereotypical physics professor”, and became part of the group that worked on the design and construction of the Accumulation Ring (AdA), the first prototype machine that exploited the collision of electrons with their antiparticles (positrons). He played a key role in overcoming some technical difficulties encountered. Of that period he recalled:

“I had become a hybrid: the theoretical physicists treated me as an experimentalist who was able to communicate with them, the experimentalists as a theorist who designed experiments”.

Describing the role played by Carlo Bernardini in a few lines would not do justice to his great work, but we quickly point out that he worked with a strong political commitment in the field of school and university reforms, that he was the author of countless books and popular, that he directed the magazine Sapere, contributing for years to the scientific journalism of our country and that he contributed to the creation of the Union of Scientists for disarmament in 1982.

Brilliant speaker and communicator, he attached great importance to teaching, which he lived with a true mission and described as the noblest art in the world. His lectures influenced generations of physicists. He, who had had great teachers, became one for many others.

In photo Carlo Bernardini and Francesco Lenci at the Forum of the Academy of Sciences of the Soviet Union (1987). Photo credits il Giornale di Scienza Galileo.