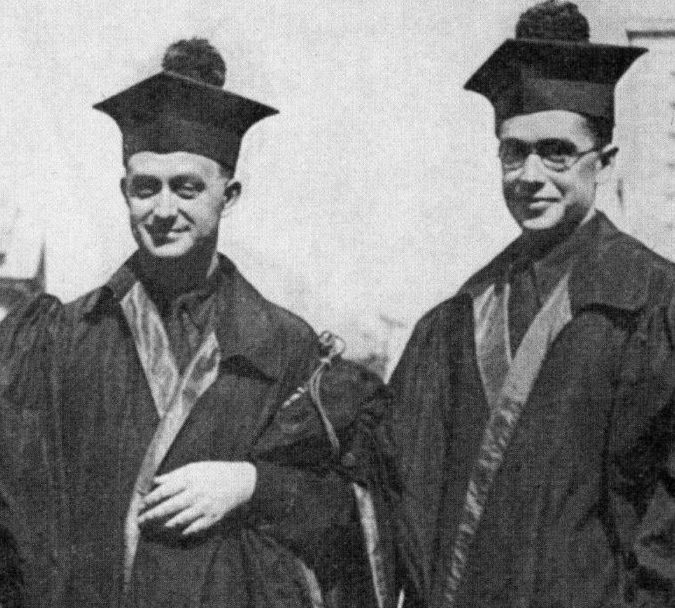 On Tuesday, June 23 at 9:10 p.m., Rai Storia (channel 54) will broadcast the premiere of the documentary for the series Italians introduced by Paolo Mieli “Nobel Minds Enrico Fermi and Emilio Segrè”.

The documentary, by Keti Riccardi, sees the collaboration of the Enrico Fermi Study and Research Center (CREF), which was the scene of many filming, as well as the background for the interviews of Miriam Focaccia, researcher at CREF, and historians of physics Gianni Battimelli and Adele La Rana.
It was in fact inside the headquarters of CREF, the historical building in Via Panisperna, at that time the site of the Royal Institute of Physics and today the Museum dedicated to Enrico Fermi, that these two protagonists of twentieth-century physics worked side by side, and where Enrico Fermi, having taken up the chair of Theoretical Physics in 1926, organized and prepared the conditions that led to the birth of that group of young scientists who in the 1930s became known as the “boys from Via Panisperna”. Here, under his scientific guide, within an exceptional season for Italian science, the first experiments on the phenomenon of radioactivity induced by neutrons began, fundamental research for the understanding of the structure of the atomic nucleus, whose success was crowned with the award to Fermi of the Nobel Prize for Physics in 1938.