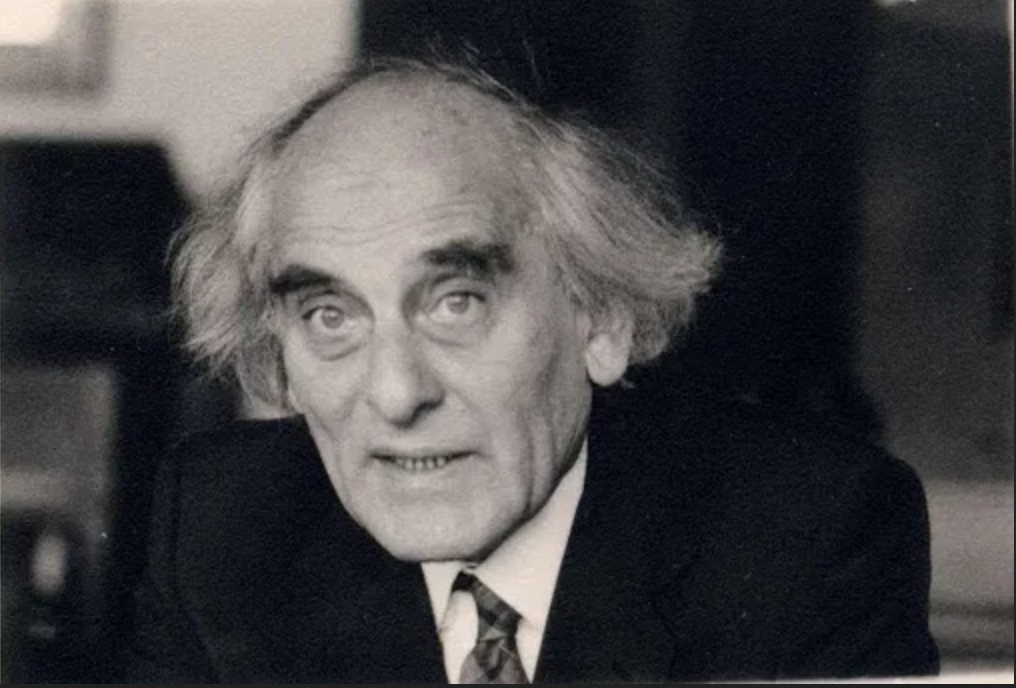 A short story written by Scientific Stories for CREF.

Giuseppe Occhialini, affectionately called Beppo, was a key figure in the physics of the twentieth century, coming close to the Nobel Prize twice. Born in Fossombrone (in the Marche region) on 5 December 1907, he was a son of art: his father, Raffaele Augusto, was a physicist known for his studies in the field of optics and for having been the author of some treatises on radioactivity.

Beppo graduated from the University of Florence in 1929 with a thesis on cosmic rays; in those years Florence hosted a very young Bruno Rossi, future Wolf Prize in 1987, and Enrico Persico as a teacher.

In 1931 he left for Cambridge under the guidance of Patrick Blackett, thanks to a three-month scholarship from the National Research Council (CNR), to work at the prestigious Cavendish Laboratory, which was headed by Lord Ernest Rutheford. In England he began to study and learn the Wilson Chamber technique, or cloud chamber, which is a particular instrument for the detection of elementary particles. Together with Blackett, Beppo made modifications with techniques he had learned in Florence from Bruno Rossi: he connected to the cloud chamber a meter that was controlled by a coincidence circuit and this tripped if it was crossed by beams of particles, such as the cosmic rays.

Their collaboration is immediately fruitful: some time after Carl Anderson who made the same measurements in the USA, they discovered the electron-positron pairs, which in addition to confirming the existence of the antiparticle of the electron, provided the first proof of the existence of the electron. antimatter, predicted by Paul Dirac a few years earlier. In 1936 Carl Anderson won the Nobel “for his discovery of the positron”.

The joke is actually another. Patrick Blackett was awarded “for his development of the Wilson cloud chamber method and for his discoveries in the field of nuclear physics and cosmic radiation” with the Nobel Prize in Physics in 1948. Occhialini was the great one excluded from the assignments; Blackett himself recognized the contribution of the Italian physicist by writing to him, while he was in Sweden to receive the award: “It would have been right if you were by my side in Stockholm”.

Beppo was to stay in Cambridge for three months. He ended up staying there for three years. In 1934 he returns to Italy but finds a political situation that is not very congenial to him. Three years later he was offered the opportunity to move to the newly formed University of San Paolo, in Basile. When the Second World War broke out, Brazil declared war on Germany and Italy; Occhialini became an “enemy foreigner” (a situation similar to that of Enrico Fermi in the USA) and took refuge in the mountains. He loved adventure and not just the scientific one: he was a great lover of mountaineering and caving having a series of adventures, including the tragic exploration in 1952 on the Gouffre de la Pierre Saint-Martin, in the Pyrenees mountains, when, in a vertical more than 300 meters deep, the French speleologist Marcel Loubens lost his life in a terrible accident. In Brazil he supported himself by being the guide. Even today there is a peak, difficult to climb, which pays homage to the Italian physicist: the “Pico Occhialini”.

When the war ended, Occhialini returned to England to work at the Wills Laboratory in Bristol, starting a collaboration with Cecil Powell. Between 1945 and 1948 he began a series of experiments on cosmic rays: making an important modification to the photographic plates used for the detection of particles: he suggested increasing the silver bromide content inside the plates and exposing them to the Pic du Midi (in France). The results were exceptional. Beppo and Powell discovered the meson Pi (Pione), the famous particle theorized by Yukawa in 1935, mediator of the strong interaction that holds protons and neutrons together in nuclei.

In 1950 Powell was awarded the Nobel Prize in Physics “for his development of the photographic method of studying nuclear processes and his discoveries concerning mesons made with this method”. Once again Occhialini’s work was not taken into consideration, being excluded for the second time.

The story of the missing Nobel Prizes, even if there were many honors for Occhialini, is well summarized by a toast by Bruno Pontecorvo (also one of the great excluded) during a dinner:

“I do not toast to Beppo, but to all of us: that we have the opportunity to collaborate with him. It is a sure way to win a Nobel Prize! ”.

In addition to being a great physicist, Goggles are also a great man. He was “a friend of those you never forget”. All his friends and collaborators remember him with great affection, saying that it was very nice to be in the company of him, despite the fact that he spoke little. But when he spoke he was pungent, he followed an iron logic and often put his interlocutors in difficulty.

The SAX satellite, the first Italian satellite for the study of gamma rays, was renamed Beppo-SAX in his honor.

In an interview a few years ago, Emilio del Giudice recalled Occhialini as follows:

“I can cite an example of an Italian, Giuseppe Occhialini who was a professor in Milan who died a few years ago, who was a great experimental physicist, involved in two works that had the Nobel Prize: the discovery of the Positrone and the discovery of Mesone Pi, of Pione. Facts. According to him, since he was an anti-fascist, he was exile in England, and yet exiled in a precarious way, so he could not be hired, he worked precariously in these workshops, he could not publish only in his name, and therefore the articles he did were also signed by the director who was Blacket in ’32 when there was the Positrone work and Powell in ’47 when there was the Pion work.

Both of these works were awarded the Nobel but were given to Blacket and Powell. Blacket was honest enough to say that he had nothing to do with it and that Occhialini had done the job. After that, what do you discover? It turns out from the documents of the Nobel Foundation that there was an explicit veto on the name Occhialini. “